01
About Us
Our Clients
Case study: Amnesty
Case study: Swedbank
Who we are
News
Join us
Contact us
New Services
AWS RE:INVENT 2019 BEST PICKS
Posted on 10, JanuaryJanuary 10, 2020

In the beginning of December, Amazon’s annual re:Invent conference took place in Las Vegas. At the event, more than 77 new products, services and functionalities were introduced. This meant a lot of news on topics such as security, artificial intelligence as well as quantum computers. ADM Cloudtech’s CEO Klemens Arro picked out eight new services introduced at re:Invent 2019 that he believes are especially important.

Amazon Braket, which is aimed at scientists and developers, is a fully managed service that offers a development environment for building quantum algorithms, testing them on simulated quantum computers, and running them on a variety of different quantum hardware technologies. With this service, Amazon makes quantum computers available to a much wider audience than just scientists. In other words, the era of quantum computers is now much closer to us all. If you take into consideration the fact that Microsoft also announced their quantum computer programme (https://azure.microsoft.com/en-us/services/quantum/) just recently, it becomes very clear that the quantum era along with everything it entails is within our reach.

AWS Compute Optimizer, a machine learning-based free recommendation service does just what its name says – it makes it easier to ensure that all resources are being used optimally, which helps you avoid situations where the client buys more resources than they need “just in case” and must then pay a very expensive price for the service. The opposite situation – where too few resources are utilised – is just as bad since that can lead to poor application performance even though it helps the client save money. To help you find that perfect middle ground, Amazon has created an artificial intelligence that (or who?) will learn the needs and requirements of the client and will then deliver recommendations for the most optimal use of instances. Additionally, it also simplifies the life of those companies that do not use the assistance of experienced specialists in optimising their resources. Understandably, the service does not remove the need for an actual human being working on optimisation, but it definitely makes the planning process around it much easier.

Amazon CodeGuru is a new and very important service for Java development teams who are constantly looking for new ways to improve the quality of their code. Usually, either automated or manual code reviews are used to do this, which means that their code is checked either by specialty applications or other developers. Automated reviews can be used very successfully to check how well industry standards are followed and for identifying any basic errors, but they usually fail to work well with more complicated issues, which leads to developers still needing to check and review each other’s code. It should be mentioned that this is not a bad practice to have since it is a great way to learn from each other’s mistakes and for preventing issues. Unfortunately, it is not a viable way to review the code of huge applications, since it is very difficult to grasp the bigger picture around it and oftentimes, the developers working on the code change as well.
Amazon has trained its artificial intelligence to see the bigger picture via extensive codebases, which enables CodeGuru to identify how even the smallest change in the code will affect the whole application. It also ensures that any sensitive data on the application level is handled according to the current requirements, ensures that new developments are in line with earlier best practices, identifies the impact of code changes on the application’s resource consumption, and much more.
CodeGuru also works on production servers where it actively learns the work patterns of the application and how code changes affect that. We cannot wait for CodeGuru to start supporting other languages in addition to Java!

Running applications in containers is not a new concept. Rather, today it is considered a best practice in development by both startups and big companies. AWS Fargate is a great tool which helps run containers easily and reliably. Two weeks ago, Amazon announced a new feature for Fargate called Fargate Spot, which enables the use of spot instances with Fargate containers. In other words, if the user’s application has short-lived instances, then with Fargate Spot, they can be run using spot instances instead. As a bonus, running these instances can save you up to 70% off the regular price.

RDS Proxy is not particularly revolutionary, but it is a much appreciated and practical service for everyday work, which helps solve a very big issue. For applications to be able to communicate with databases, they must create connections, which eat up the server’s memory and computing resources. If there are a lot of these connections active at once or if they are created and closed very frequently, then the memory and computing performance of the database may suffer from that and the so-called bottleneck effect may be observed where the overall performance becomes very poor. RDS Proxy exists precisely to help avoid this issue. It is a buffer server between the application and its database where it pools and shares established database connections and improves the efficiency of the database.

The medical field and medical technology are two very hot buzzwords right now and Amazon Transcribe Medical is proof of just that. The purpose of the application is to document doctors’ notes – for example, in an operating room -, and any conversations between a doctor and a patient. However, it is not a simple speech-to-text application as it also understands the need for punctuation and capitalisation, and it allows doctors to speak as they normally would while it takes notes. To better understand how this solution works, imagine yourself at a doctor’s appointment where instead of the doctor facing their computer screen as usual, they are 100% focused on you. At the same time, the robot takes notes and then saves and forwards them.

While some people are fighting against 5G, there are others who are actively preparing for it. AWS is one of the latter. Despite everything, 5G is still a huge stepping point for the development of networks and all of our connected technologies. This is not only because of the remarkable connection speeds it provides, but also its low latency. Due to this, Amazon is already working actively with multiple telecommunications companies to bring AWS services closer to 5G networks and to be able to deploy ultra-low latency services to 5G networks.
AWS Wavelength is the tool that enables the building of applications that serve mobile end-users and devices that require a low latency over 5G networks, such as game and live video streaming, machine learning, and augmented and virtual reality.

When it comes to larger companies, it is completely normal to find very out of date applications still working on important things somewhere in their systems. Usually, these are located on old legacy Windows Servers that are no longer supported and most of the time, no one dares to start migrating this data out of fear of breaking the ancient application which is still very much required. And this fear is not unfounded – it is not recommended to start migrating the data without very specific knowledge, a lot of experience and the source code.
Luckily, Amazon has now launched a special program, which helps decouple the working application from its dependency on the outdated operating system. Once that is done, migrating the application to the latest versions of Windows Server on AWS is quite simple. This move also helps ensure that the operating system is always kept up to date and it offers users the option of protecting their servers with the newest security updates. Experience has taught us that it is really not a good idea to start doing such a migration on your own as there are too many unknown variables involved, which is what makes this program so handy.

Announcements—Diversity
ADM sponsored the compilation and publication of the Estonian Human Rights Report
Artificial Intelligence—Data—Trends
Klemens Arro: the keywords for this year are data and privacy. Do not share your data with everyone who asks for it on your phone, because you can never be sure of how it will be used 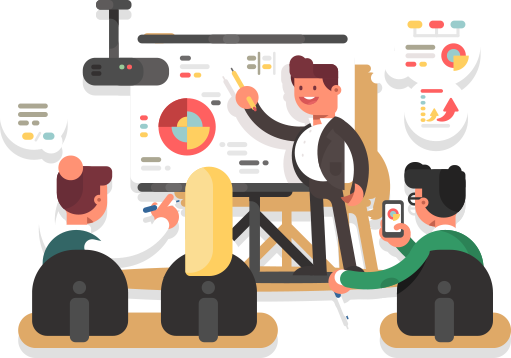 Subscribe to our monthly newsletter below and stay informed with the latest happening in the cloud market.